A Bad Morning for Seemingly No Reason

One morning after a solid night’s sleep, I woke up feeling well-rested, but not in the best spirits: as I went about my morning routine eating breakfast and making a smoothie, I just felt negative about the whole day ahead. Nothing had happened that should provoke such negativity, but I really felt low, maybe a little sad, and it was a hard thing to shake.

Before heading out for the day, I did a brief meditation exercise to center myself in the present moment, and I set myself some inner goals in the day in not letting the negativity win. I also prayed for help to not carry that darkness with me during the day. Actually, I think I was asking more to not have to deal with the negativity at all, like I was wishing for it to just go away, without my having to face it. That wish wasn’t granted, however.

As I ventured outside to run some errands and go to work, I observed that even the smallest obstacles seemed to defeat me psychologically…

When I was stopping to pick up my lunch, I was headed for a free checkout stand but two people made it there just a second ahead of me and suddenly I had to wait. I felt so wronged. Then, as I stopped to get a coffee at a local coffee shop, the credit card machine malfunctioned and I had to swipe my card a second time. In that instant, I observed a feeling of sadness and dejection come upon me, like the whole world was against me…

Fortunately, both these experiences and the associated negative states only lasted a split second because I was exploring the practice of self-observation I had learned from Belsebuub’s work, and I quickly broke clear of the reactions, but I was still quite concerned to see such trivial circumstances bringing about such disproportionately strong reactions within me.

The Rest of the Day: More of the Same

En route to work, everyone I saw seemed to look at me the wrong way or get in my way. And at work, I found myself reacting quite angrily when my code (I was doing programming that day) didn’t work.

But it wasn’t just anger, there was also this sense of defeat that seemed to go along with the anger, much like with the “credit card incident” at the coffee shop.

Seeing myself in this state, I again asked for help and strength internally to be more grounded, and worked a while longer. When I finally did get home, I really needed some answers, so I turned to a meditation on an ego exercise.

During this particular meditation technique, there was a phase of the exercise where I was trying to serenely observe my own thoughts, without getting carried away by them, and trying to see where they originated from. Interestingly, I noticed a lot of fear, with many worries related to work. This was useful to observe.

Later on in my meditation, I saw a common thread throughout my experiences I had mostly been oblivious to beforehand: I was under a lot of stress at work, putting me in a state of perpetually feeling rushed and under a time-crunch. The result was a persistent feeling of defeat that followed me around throughout all my daily activities.

Through further meditation, I could also see how this state of mind was intimately connected to the seemingly unmotivated negative reactions I was observing throughout the day. The end result of this was that I better understood what was going on behind the scenes and had a new emotional pattern to study and work to overcome. 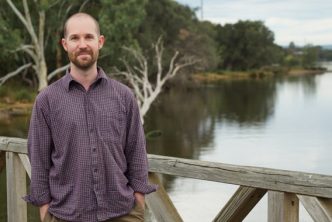 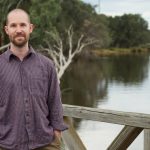