By applying the techniques I learnt from Belsebuub’s work, I was able to take steps to overcome some of the most persistent and insidious inner states that have affected me for many years.

Of these inner states, I found depression has been one of the most difficult to deal with. I’ve observed that whereas other emotions can come and go rapidly during the day, when depression has got a hold, its veil has clouded my perception for months or even years on end. I had a prolonged period of depression as a young adult, but also came to realize that low moods have also affected me on an annual basis since my early teens, during the autumn and winter time.

A pattern of relocation and isolation also seemed to recur for various reasons from childhood onwards and as an adult I sometimes found myself living alone in different places, with limited social contact. At one point, my studies for my chosen career ended prematurely, due to illness and financial issues, and I found myself unemployed but contractually obliged to remain in the apartment I was renting for another six months.

During this time, I had minimal face-to-face contact with friends or family and my main in-person interactions were as a customer in the local supermarket. Although I have dealt with similar situations since, this period was particularly difficult, as it occurred during the grey autumn and winter months, during which my mood generally tends to worsen due to the lack of sunlight.

What helped me a lot during this period were the opportunities to connect online with like-minded people who were interested in Belsebuub’s work, and to incorporate spirituality into my daily life. I practiced various techniques suggested by Belsebuub, of which one of the most important was a technique to reduce negative inner states from moment to moment.

I also found solace in listening to Belsebuub’s weekly talks, which were then being broadcast and which always had the power to inspire me and give me a much needed lift.

Being Uplifted through Spiritual Activity

Around this time, I decided to join a spiritual retreat with some friends of mine, which also gave me a huge boost. The spiritual atmosphere and activity of the retreat came as a welcome and noticeable contrast to the isolation and depression I had been living with and was a huge motivator in deciding to relocate to be among like-minded people.

A few months later an opportunity came up to move to be with a group of friends who shared the same spiritual interests, and I jumped at the chance to work with them on a spiritual project. I had already found the techniques I learnt from Belsebuub to be powerful, but their effectiveness was amplified by practicing them with others.

In fact, when the next autumn and winter period came along, the low mood I had felt the previous year seemed barely noticeable, due to the level of spiritual activity and spiritual strength that was generated among us. Over a two-year period, I formed many happy memories of walking in nature and practicing various spiritual exercises with friends.

We spent a lot of time practicing awareness while walking in nature and trying out various other spiritual practices.  We received positive feedback from the many newcomers who joined us and I found this period of my life to be a very happy and fruitful time.

We also continued to participate online with like-minded people, particularly in joining and supporting the discussions and activities on Belsebuub’s websites. Belsebuub mentions the benefits of helping others spiritually in one of his online talks and I can definitely say that as I made efforts to help others, spiritual help came back to me.

Finding the Strength to Overcome Isolation

During the two years I spent working on spiritual activities with like-minded friends, I received a lot of spiritual strength and gained a respite from the seasonal depression. However, another issue was developing in the background, which would eventually come to test me in a significant way.

Despite the positive changes in my life, I had been experiencing problems with my physical health prior to moving to be among my friends and had made efforts to manage these health problems in practical ways. But unfortunately, another illness developed, which would eventually affect my mobility and consequently my opportunities to interact with the outside world.

As the illness progressed, my coping strategy of spending time in nature gradually became off limits and I eventually found myself facing the autumn and winter period largely from the confines of a small apartment where I lived, which happened to be in an area of the country that received very little sunlight during the colder months.

I was fortunate to still have friends in the area, but the effect of being cut off from the outside world had a devastating impact upon my psyche and brought with it the deepest and most all-encompassing period of depression I have ever experienced.  Although I had become accustomed to the seasonal depression that occurred annually during the darker months, or the periods of low mood during other difficult times in my life, I had not predicted the depths into which this negative inner state could plunge me.

I found depression to be a complex emotion, with multiple aspects to it.  On the one hand, the drives to pursue pleasure resurfaced and I found myself seeking ways to distract myself again. However, I soon came to realize that these temporary pleasures were no antidote to depression and in fact served only to perpetuate it, as my mood still continued to plummet.

It became overwhelmingly clear that pursuing pleasures in an attempt to counter depression was neither sustainable nor practical, as I would get into such low states that I would suddenly burst into tears and be unable to continue with whatever task I was doing.

I could see how the swings of the pendulum, which Belsebuub describes, were being put into play by this lower emotion, and that on the reverse side of the drives to pursue pleasure was a desire for the suffering to end. In one of his talks, Belsebuub mentions that “thoughts won’t be your friend in depression” and I found this to be painfully true.

The depression I experienced influenced my thoughts greatly. However, I was fortunate in that the positive changes I had seen in my life prior to this very difficult period gave me hope that my circumstances would eventually change. I also had taken to heart Belsebuub’s advice in the above talk, in which he makes the following comment on how destructive the state of depression can be:

I understood that Belsebuub was warning against the dangers of making decisions based upon depression. However, a decision still needed to be made – and that was to make positive and beneficial changes to overcome this inner state, rather than allowing myself to be dragged into the negative and destructive solutions that it proposed.

I felt a more spiritual approach was needed and appealed to the divine for mercy. By doing so, I found that I was able to gain some strength to keep going.

The Power of Prayer

As well as prayer, which I found to be vital, I participated in other spiritual activities and practices recommended by Belsebuub. I found that practicing spiritual exercises with a group could give me a temporary lift from lower emotions and so made efforts to join friends either online, or in person to practice various techniques, such as mantras, meditation, or simple concentration exercises.

Moreover, I made an attempt to help others spiritually, as I knew that I would also benefit from these activities in the longer term. At the time, my level of activity in helping others in this way had diminished somewhat, compared with the peak of my efforts in previous years. But I tried to join in where I could.

I found that despite some initial resistance, once I started these activities, a momentum built and my inner state was boosted as a result. Gradually, further opportunities to spiritually help others opened up and I was happy to help in some new ways.

The help I received in return seemed to come in various forms. I continued to receive a sense of being uplifted simply by having contact with like-minded people and being involved in spiritual projects and activities. But as well as this, I also found that practical help in my everyday life also came back to me, sometimes in unexpected but very welcome ways.

The period of depression I described was probably the darkest period of my life and certainly not one that I would wish to repeat. However, I was grateful that I had tools to help me through it.

Because I didn’t want to become dependent upon medication to treat depression, I pursued a more spiritual approach, which I feel helped to lift me out of it. However, I am not medically trained and am very cautious about suggesting that my approach would be appropriate in all cases, particularly as severe depression can potentially have very serious consequences for those experiencing it.

Belsebuub mentions in the above talk on depression that “anything medical needs to be treated medically” and I feel I should mention that I also needed to take practical steps to address some physiological issues within my body, using some natural treatments, which also lead to an improvement in my mood.

However, I also feel that the spiritual approach to overcoming depression played a fundamental role in reducing its effect upon me.

Belsebuub speaks with wisdom and sometimes humor in the following video clip about gaining inner peace through overcoming suffering, which gave me encouragement during difficult times to not give up and to keep going. He also makes an important clarification at the end, where he mentions:

“You’ve got to put the work into the situation, so that you get something out.  If you don’t put the psychological work in, it’s just suffering – and there’s no point in that, is there?” 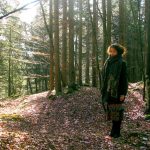