How I Discovered the Power of Music

My Early Experiences with Music

When I was in high school something very special happened in Calculus class. Our teacher would play classical music for us as we worked on problems; often he played works of Vivaldi such as “The Four Seasons.”

As ambient music, this was very nice; and I had many mathematical discoveries while the music played in the background.

But there was something else.

Sometimes, instead of working, I would just listen for a minute or two.

I felt something in those times that I couldn’t explain.

I felt a certain liveliness: not like being hyper or energetic, but a sense of deep relaxation, peace, serenity, and a feeling of openness or connectedness.

This liveliness was quite distinct from the feelings I would get from listening to the pop, rock, or rap music I had in my personal music collection. It was very interesting.

Learning about Faculties of Consciousness

A year or two later, I began to understand why I felt the way I did when listening to this music.

I was taking Belsebuub’s Searching Within course. In the course he wrote about the spiritual faculties of consciousness and music. He’s also mentioned it in one of his books:

The natural faculties of the consciousness when combined with the superior emotional center give the ability to appreciate fine art and music. ~ Belsebuub, The Peace of the Spirit Within

It seems when I listened to the music consciously, I was more perceptive to its beauty and spiritual qualities. And some pieces of music seemed to really “feed” my consciousness.

Since these discoveries, listening to spiritually uplifting music has been an important part of my collection of practices. I could give a whole list of pieces I enjoy, but I want to highlight a piece of music that has touched me deeply and served as a big boost in my quest for self-knowledge.

I don’t think I can ever say enough about how much I love this piece of music and how much it has helped me.

There was a time when I would listen to this piece almost on a weekly basis! And I never got tired of it.

Somehow, despite sometimes initially feeling absolutely downcast, by listening to this music, I was uplifted. To me, this communicated the ubiquitousness of the divine and the Soul’s journey to enlightenment through endurance and perseverance.

During my first or second year at uni, I went to the university orchestra’s rendition of Beethoven’s 9th Symphony. It was the first real concert I went to and due to the short notice of the event, I had to go alone. But truly that was one of the most beautiful evenings of my life. 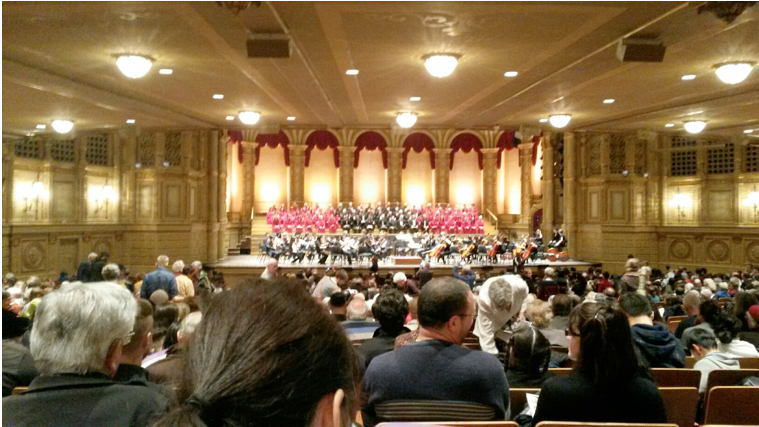 Here is another quote from Belsebuub, where he mentions Beethoven’s music:

Beethoven’s music elevates the melody out of the pure emotion into the spiritual realms and connects you with the internal worlds, that is, if you at least have a solar astral body created with alchemy, which gives the ability to feel superior emotions. ~ Belsebuub, The Peace of the Spirit Within