Understanding an Inner State during a Meditation Practice

For some time, I had been struggling with recognizing what was dragging me down an unproductive path and ebbing away the momentum I had created with spiritual practices.

I identified very much with this habit and truly saw no way to overcome it or act in a different way. I was almost convinced it would be impossible. When I tried, I would make some progress here and there, but no breakthrough and no sustainable change.

I realized my lack of understanding of how this group of egos functioned within me was the main problem, and so I aimed to renew my efforts in observing it more closely whenever it came up.

This is one of the most vital techniques I learned from Belsebuub because it has allowed me to open many doors to understanding myself better and getting free of negative or spiritually harmful states.

I also worked to become more persistent with the meditation on an ego practice to try to uncover what was going on within me. I remember still feeling like it would be an impossible feat, but I tried to be hopeful. I prayed often for understanding and tried to get closer to my divine mother, a guiding and loving force especially when I’m struggling with a challenging inner state.

One evening, I was finishing up some work and I still hadn’t done the meditation practice I scheduled for myself. I didn’t really feel like it at that point but I knew I had to make myself do it if I wanted to put a dent into my current dilemma, so I went to my bedroom and got started.

During the practice, I tried to pinpoint the earliest manifestation of this ego, and as far back as I could go was around when I was 12 years old, no sooner. About halfway through, I was having a lot of trouble concentrating and had all kinds of excuses coming up: that it was too late in the evening; I was too tired; I should try tomorrow and use the time better. 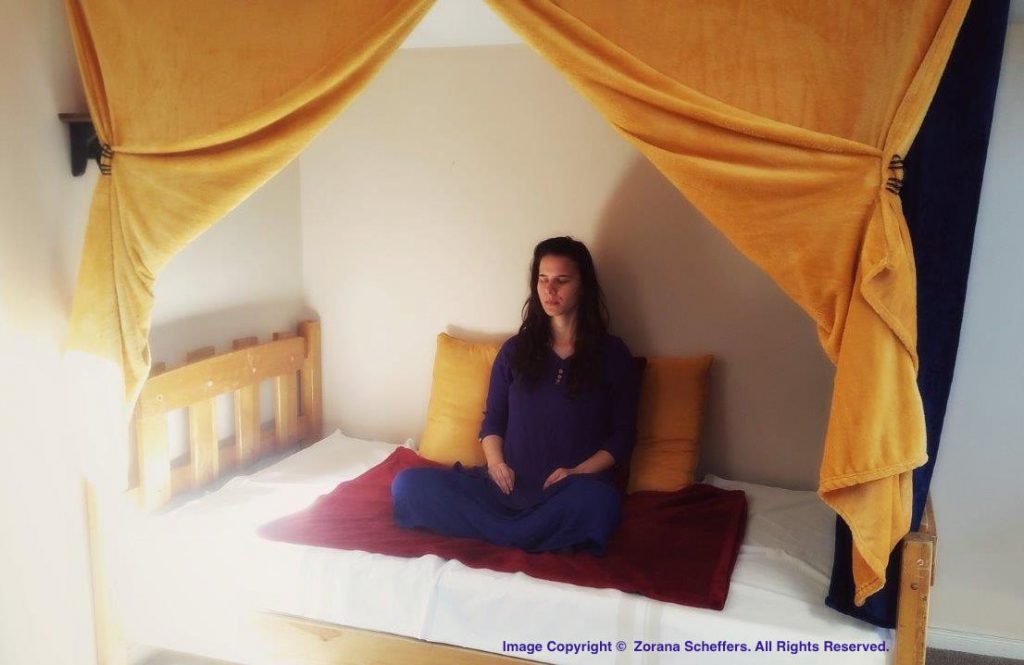 Familiar with these alluring thoughts, I persisted with tuning them out and coming back to the practice. However, as it felt like the practice didn’t have much strength due to the poor concentration, I began feeling very remorseful that I didn’t have a greater command over my mind and fervently asked my divine mother’s forgiveness for the time I was wasting in the practice.

A little bit after the prayers, while still battling to delve deeper into the practice, I started feeling that expansive sensation of heightened consciousness (which I attempted to describe here) and felt so much like something or someone was pulling me back to the practice and infusing it with strength.

Right in the midst of that sensation, a childhood family activity (going back much earlier than 12 years old!) flashed over my mind’s eye and, within it, a version of the ego I was studying became really clear.

It gave me such a vital piece of the puzzle that I never would have considered even relevant. From there, I could tie together the other aspects of the defect that I had understood and could see a deeper layer to it. As these realizations were unfolding, it all felt very right, one moment of “aha!” after another.

I was so excited to finally have a better understanding of this inner state and went to bed really hopeful. For the days following, I wanted to verify this new knowledge and see if I would be able to spot the mechanisms of the ego more clearly.

Each time I felt a pull to be swept away by its current, I observed that what was happening within matched what I saw in the meditation. Since I knew where it would lead me, it was much easier to go against it.

After doing this several times for a while, I could look back on this way of being without the strong longing present that I had for it before. I felt much freer and like I was in charge again – a world of a difference from feeling trapped and almost hopeless.

In retrospect, this short moment of help during the meditation turned out to be a very impactful one for me. It definitely made me more enthusiastic about the meditation on an ego practice. 😊