How Self-Knowledge Helped Me Improve My Relationships

At one point I was struggling with a particular way in which my anger manifested. I just couldn’t understand it enough to break free of it and was stuck in a vicious cycle of trying to overcome it, failing, feeling defeated, picking myself up, and back again. I remember praying a lot for help to understand something new so to be able to gain some strength over this ego. During this time I made a visit to an older family member’s house, where a close relative had grown up and was now back living, helping their parent in their old age.

As soon as I stepped into that environment I knew there was an opportunity to learn something about the problematic ego. From past experience I also knew that I had to act fast – often when visiting this family home I’d gradually lose my inner clarity and end up not being able to use the situation very well.

So this time I dived straight into doing a technique I had learned from Belsebuub’s work – a meditation practise in the evenings, observing the day’s events in detail while trying to remain detached, and analysing the ego. I searched inside for intellectual understanding and also sought internal stillness to get answers beyond the mind. I also worked on staying aware during the day and made sure I kept to a discipline of practising mantras to keep my inner vibration up and with it my motivation. I knew I had to be even more vigilant at this time as it would take just one day and a few ‘bad turns’ to start to spiral ‘out of control’ and lose track of my inner focus.

In this video Belsebuub speaks about the persistence needed when looking at the darkness within and especially the need not to be demoralised when we uncover new layers of egos.  It’s a talk I’ve often come back to.

During this visit I started to feel like I was being shown very specific things about this ego and the way it manifested through me. I could see ways in which my relatives behaved that were very similar to the particular way I expressed my frustration, and which was most destructive in my life. I could even see how this behaviour had been passed down through generations, like an internal characteristic along with DNA. By being out of my normal routine I felt at a bit of a distance from the ego, as it wasn’t being provoked in me in the usual ways. But I also felt that being in the house that generations of my family have lived and breathed in meant there were some additional, mysterious parts of the puzzle available to me.

The nights were full of dreams with the ego and my family members, and I felt like I was immersed in a learning that spanned from the physical to the dream world, and even that I’d been brought back to this environment especially for this lesson. The sense that my own Being had created this situation for my learning, with all that entailed, and ultimately, for the chance of freeing myself from this defect, made me more determined to battle it.

At one point a family member and I were in the kitchen preparing food and they said something in a very specific way that made me flinch, as I could hear myself in it so much; I could hear through them how I often expressed this ego, but now I was on the receiving end of the ego’s attack. I could suddenly clearly feel the pain that I’d been inflicting on others with this behaviour, but also, I could feel the pain my relative was in when acting in this way, as I knew it so well myself. In that moment I experienced a deep sense of compassion for everyone involved: my relative, myself, and those we hurt with this behaviour – and I wanted very badly for us all to be free from this harmful inner state. 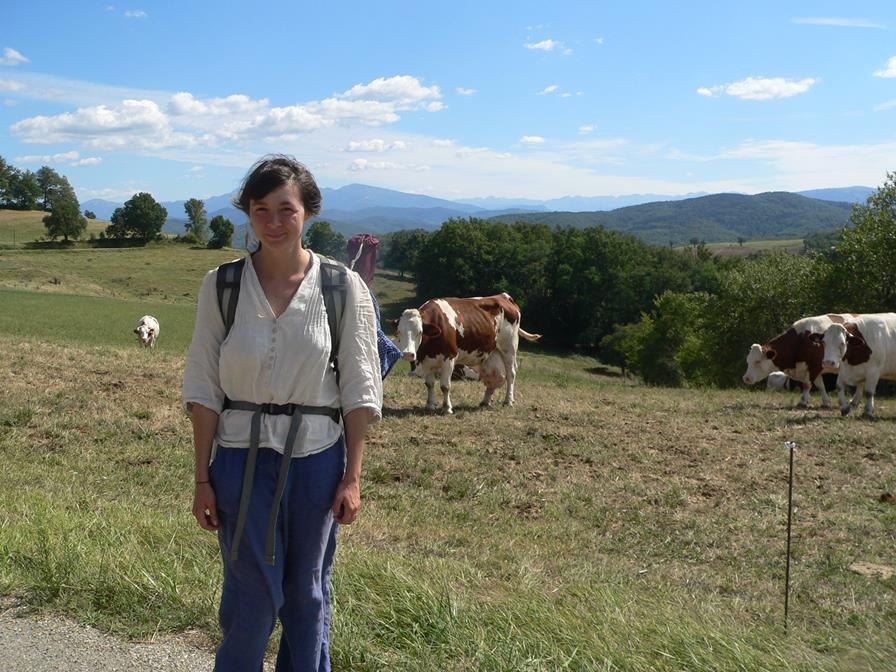 Normally I would have felt a corresponding negative emotion and that could easily translate as retaliation through a hurtful remark or brooding silence, with some noisy moving of kitchen utensils to show my disapproval. This time, the heightened perception of what was actually happening meant I didn’t respond in any way. I could sense the ego on the periphery of my psyche and asked my divine mother for its elimination. I tried to be aware. I didn’t reply how I normally would, and how I was expected to. My silence broke the chain of reactions, but this time it came from the link being cut in the telepathic flow of my egos with my relatives’. I could then feel their emotions settle down, as well as my own, and with that, after a while, the direction of our interaction changed course to become much more respectful and calm. It felt almost as though a disaster had been averted and that we were both glad.

Without being ‘on the ball’ and on the look-out for this ego through meditation practises and self-observation, I doubt I would have been able to step out of the hypnotic pull of the egos while interacting. I would almost certainly have repeated ways of behaving and left feeling deflated. Even worse, I can see how over the years, in the absence of learning about and going against my egos, some family relationships could easily deteriorate. How could such strong negative emotions towards others shape future existences?

Instead, through utilizing the tools of self-knowledge that Belsebuub explains about, I was able to grab hold of the special opportunity that came with being able to study these behavioural patterns in a unique way. I knew the situation would be over soon and along with it, the extra help in understanding this ego.

After this particular trip I actually left feeling stronger, and that I’d taken a step in the right direction to building a better relationship with my family, as well as overcoming this aspect of anger in myself. Though it was difficult, the sense that the situation had been created for my learning made me feel closer to my divine parents and the reality that this life is a testing ground for consciousness. It’s a perspective I wish I could hold onto more often!